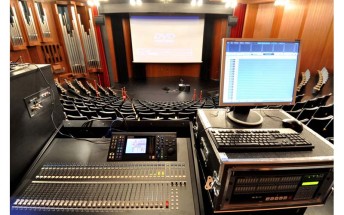 The Auditorium of the « Kantonsschule Wetzikon » (state college of higher educations) has undergone a refurbishment. As a part of this they installed a whole new audio & video system. As the auditorium is an multi-purpose room – from meetings/presentations, theaters to orchestral concerts – the demands especially for the audio system were very high. The fact that the auditorium is under monument protection made it not easier to install a audio system that meets highest standards in audio reproduction but is also visually appealing.

The solution was found with a complet digital audio network with NEXO and Yamaha components. For the loudspeakers, two NEXO GeoS1230 per side with a NEXO RS15 subwoofer for FOH and two NEXO PS8 as rear FX speakers were the perfect match.  All loudspeakers are driven by two NEXO NXAMP`s 4×1 equipped with ES-104 EtherSound cards.

Stage-side, four Yamaha DME satellites handle the 24 inputs & 8 outputs and make it possible to send the signal over Ethernet to the Yamaha Matrix DME24 and the mixing console LS9-32.

The perfect integration of the NEXO and Yamaha components with a dedicated setup structure  made it possible to give the customer on the one hand an easy-to-use interface (with scene presets) but on the other hand also the full possiblities and complex functionallity for sound engineers (with the LS9-32) – so everyone is very happy ! 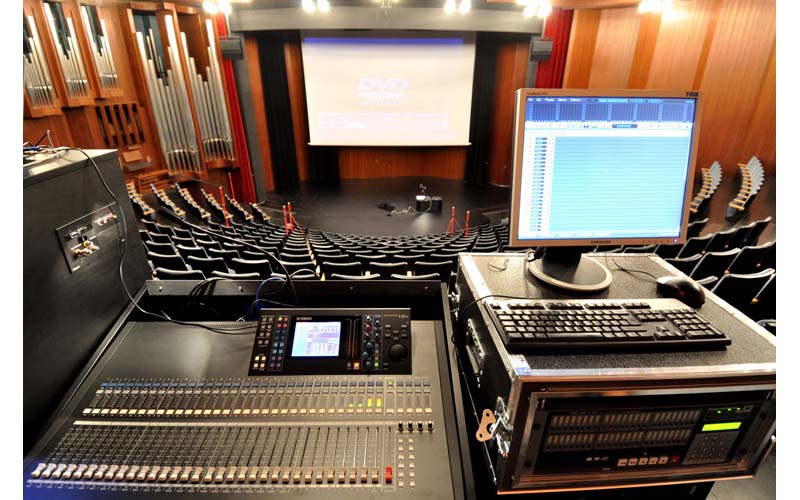